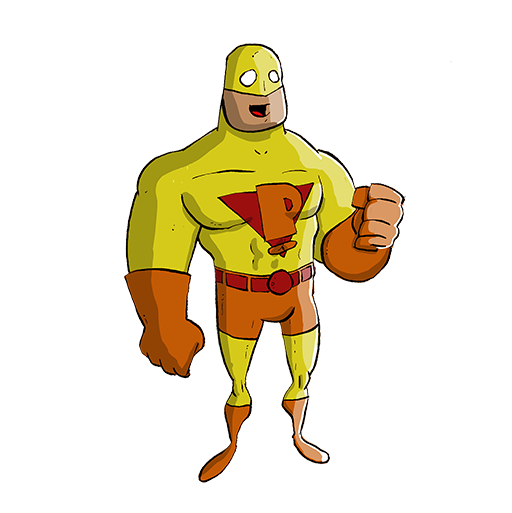 Puck is the beloved Extra Ordinary Citizen of Super New City. He is constantly called on to defend the population against monsters and villains of all kinds. Puck was coincidentally born on a day when all known EOCs disappeared.

In Super New City: Volume 1 “Rise of the Cactus”, Puck teams up with Flaming Magnetic Man and battles the Mad Cactus as he tries to take over the City.